This concert has been canceled due to the forecast for high temperatures. We hope to reschedule soon.

Clay is adept at both vocal and flute renditions of jazz standards, switching easily between her own vocal cords and the flute’s elegantly curved mouthpiece.

Vocalist/flutist Sarah Clay sings in three languages and swings for the fences. Sarah has performed at jazz festivals and concert halls (including Lincoln Center and Carnegie Hall) on both sides of the Atlantic. Known for nuanced expression and crystalline tone, she delivers fresh, playful interpretations of jazz standards, Bossa Nova and American Songbook tunes. And she scats like nobody’s business!

The soundtrack of Sarah’s childhood was her father’s jazz guitar. Her dad played with Erroll Garner (stride pianist who wrote the standard, Misty), and Dodo Marmarosa (bebop pianist for Gene Krupa and Artie Shaw). She studied music with an oboist at Radio City Music Hall, a Broadway vocal coach, and a Russian opera diva. At New York University as a William Randolph Hearst Scholar, Presidential Scholar and University Scholar, she earned a BA in Medieval and Renaissance Studies, focusing on early music performance practice. With this solid and diverse musical foundation, she has performed in a kaleidoscopic range of music styles: baroque, classical, plainchant, minimalist, folk, Blues, tango, but always returning to jazz.

Improvisation is the ultimate in musical freedom and expression. 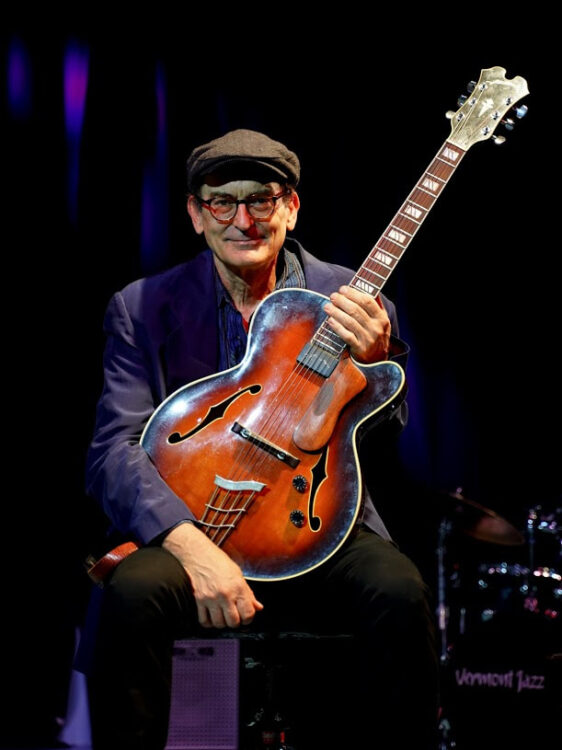 Guest bassist George Kaye has worked and recorded with Houston Person and Etta Jones, and as a member of the Green Street Trio has performed with hundreds of musicians including Cécile McLoren Salvant, Ralph LaLama, Steve Davis, and Karrin Allyson.