This concert has been canceled due to the forecast for high temperatures. We hope to reschedule soon. 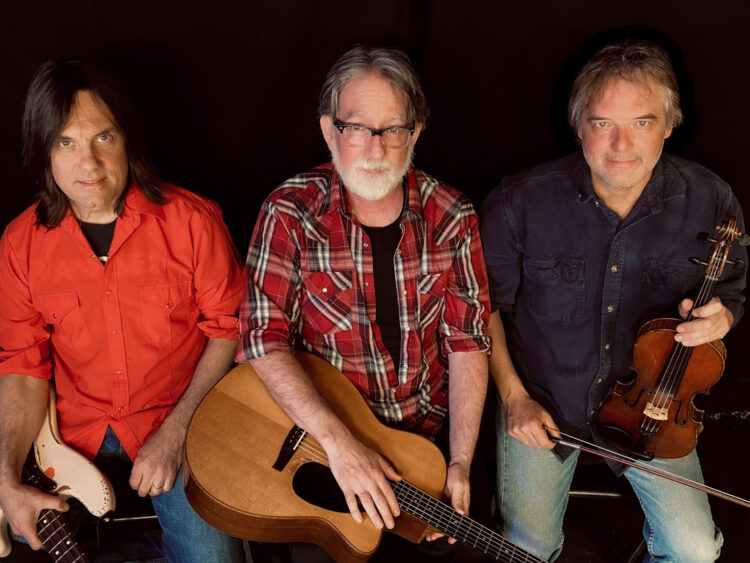 Originally teaming up to perform a Doc Watson Tribute show for Signature Sounds, the trio was and remains a natural collaboration. Their approach to music and performance is humble, direct and expressive. If you can imagine hiking in a landscape of contemporary Americana and roots music, you could easily see these “ramblers” roaming between well- known and inspirational voices like Doc Watson, Nanci Griffith, Levon Helm, Muddy Waters or John Prine. Combining fiddle, guitars, mandolin, dobro and bass, this streamlined trio brings multi-instrumental abilities to every song. The final ingredient, however, is the combination of soulful singing with great songs. On that front, The Deep River Ramblers will take you on a journey that will last long after the show is over.

Chris is a vocalist and songwriter. He has toured and recorded nationally and internationally with a variety of groups including The Maurizio Geri Swingtet, Perfect Strangers, Robin and Linda Williams, and Peter McLaughlin.

Jim is a singer, songwriter, producer, session player, and engineer. He has recorded and played on hundreds of albums and has toured the US, Canada, and Europe with Mary Chapin Carpenter, The Weepies, Paula Cole, and many others.

Paul is one of the most sought-after bass players in New England. Having performed and/or recorded with literally hundreds of artists, he can be currently seen with Grammy-winning songwriter Lori McKenna, blues legend Ronnie Earl, and Americana pioneers the Swinging Steaks.